New research by inclusion and SEN experts Mel Ainscow and Alan Dyson, in partnership with Lisa Hopwood and Stephanie Thomson, shows how a fragmented school system is affecting vulnerable children. 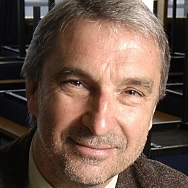 It raises issues about the way diversity is understood primarily in relation to attainment, rather than an holistic approach to personal and educational development. Although official categories and statistics have directed attention towards low achieving groups who might otherwise be overlooked…

they offer an impoverished understanding of difference… ignore the complexities of children’s lives… and they overlook the role of the child as agent, making sense of acting within their worlds… What children ‘are’ and how they are ‘different’ from each other cannot be read off from a list of characteristics.

Particular groups of learners, in particular places, are likely to be seen as overwhelmed by negative characteristics – as are the schools that serve them.

While more and more children are growing up in poverty, or enter school speaking English as an additional language, schools are deprived of the expert guidance they need to support them well. Social service and other cuts have also deprived vulnerable families of essential support.

Ethnic diversity is constructed as problematic by the insistence on ‘British identity’. The researchers argue that the blanket classification of ‘ethnic minority’ or ‘EAL learner’ tends to present children as a discrete group with shared characteristics and the same learning needs based on the deficit factor of not having English language skills, rather than promoting learning from home language skills and wider cultural experiences. In 2008 EMAG was the main source of funding for over 3,500 specialist teachers and over 3000 support assistants; its loss has mean the reduction or closure of centralised EAL services and the assumption that schools will provide for themselves, including many schools previously unaccustomed to bilingual pupils.

Teachers are also restricted by the tighter specifications of National Curriculum core subjects, tests that produce failure, and the removal of wider responsibilities and funding. They have less scope for creative responses to diversity.

Academies and many religious schools are able to manipulate admissions to their advantage, while the expansion of academies and free schools deprives local authorities of funds and expertise to provide support for their remaining schools. Academy chains are proving a poor substitute for local authorities: many are geographically widely distributed and the quality of support is ‘variable’.

This translates into encouraging schools to make their own arrangements for meeting the challenges they face, whilst dealing with an increasingly diverse range of agencies and groups involved in delivering what were previously local-authority led services….

The school autonomy promised by central government in effect means that schools are on their own in responding to diversity, supported by whatever networks they can put together, but supported by local authorities and their services even less than before.

The report welcomes the pupil premium, but points out that other cuts have forced most schools ‘to rely on the pupil premium to back-fill the losses they have sustained elsewhere… It is far from clear that this is new money.’ Spending is also constrained by accountability demands and a narrow view of how best to support children. Schools which used to focus on work with parents, or on self-esteem, or on broadening extra-curricular experiences, are tending to narrow their engagement.

Guidelines steer schools to spend on pupils who are poor but not educationally disadvantaged, while denying support to other children who don’t quite qualify but have greater needs. It takes creative and confident management to collaborate with other schools and target spending on needs.

Put simply, the Pupil Premium offers no encouragement for schools to respond to pupils from non-poor or marginally poor families who experience difficulties or have untapped potential. It supports no interventions other than those which can be shown to have an immediate impact upon attainment, and it demonstrates no interest in a wider range of educational outcomes, in terms, for instance, of personal development, health, or longer-term engagement with learning.

The simplistic categories and targeting of funds is distorting teachers’ understanding of pupils:

Anecdotally, it would appear that teachers now commonly refer to ‘pupil premium pupils’, as though such a group could be defined meaningfully, when in fact it consists of no more than a highly diverse aggregation of individuals whose only common feature is that they have claimed free meals. It also appears to be common that schools target these pupils for short-term ‘interventions’, often implemented outside the ordinary classroom.

Although some schools and groups of schools still seek to play a wider role in the lives of their pupils, families and communities, they are isolated by the absence of any centrally-driven initiative such as Every Child Matters to promote or support this.

While the report shares examples of good collaborative initiatives such as Learning without Limits and lesson study focused on inclusion, as well as schools drawing on community expertise, the fragmentation of the system and the deliberate weakening of local authorities makes area-based partnerships difficult to build and sustain.

This 34-page report, commissioned by the Cambridge Primary Review Trust, is well worth reading in full and contains many useful references to further research.