Too much, too young for PISA

Posted on December 12, 2016 by reclaimschools

Dr Pam Jarvis teaches at Leeds Trinity University. She is a Chartered Psychologist as well as a qualified teacher, and an advisor to the Save Childhood Movement and the Too Much Too Soon Campaign.

So yet again, following the PISA analysis, England’s education ministers ask why it remains academically in the doldrums. Yet again, they scratch their heads but fail to reach any useful conclusions, because they will not listen to experts in child development.

The most pressing issue in education in many English-speaking nations is the lack of understanding of human development. The strategy of the Department for Education derives from a simplistic attitude that the earlier children enter education and the faster they are expected to learn, the better the outcome will be. The result is that learning is conceived as a “data dump” in which the teacher’s role is to act as a “memory stick” and children as human computers.

This has been ongoing for many years, starting with Margaret Thatcher’s changes in state education, and was rapidly progressed by Michael Gove’s introduction of an ‘accelerated curriculum’ during his time as Secretary of State for Education between 2010 and 2014. However, this is not how human learning proceeds, and there are inevitable consequences.

As more and more is expected of children at earlier and earlier stages, the downward pressure into the nursery years means that play-based learning is squeezed out, with disastrous consequences. The development of cognition in human beings is not linear. Child development experts have known for approximately a century that there are distinct stages, and produced various models of this, for example Maria Montessori’s ‘planes of development’ and Jean Piaget’s stage model which outlines the increasingly abstract nature of human thought.

As children grow, there is an exponential development in their ability to organize thought. From simple beginnings, they become increasingly able to manage incoming information and locate it within memory in increasingly sophisticated neural networks. In particular, these networks help the individual to focus attention without becoming distracted by the intrusion of non-relevant thoughts. The younger children are, the more difficult they find this; their thoughts are far more susceptible to interference than those of adults, due to the immature networks across which they travel. An analogy I use with my students is that it is far easier to find something in a tidy wardrobe with all the clothes hanging neatly on hangers than jumbled in a muddle at the bottom. 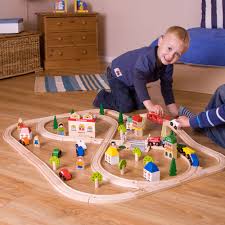 At the early stages of learning, relentlessly inputting ‘stuff’ leads to information being jumbled without the relevant ‘hangers’ to ‘hang’ it upon. Instead, the focus should be upon supporting children, through practical experience, to organize their understanding of the world around them, and their place within it. The way in which human beings naturally “boot” this system in early childhood is through spontaneous, play-based interactions, in which they independently interact with peers and adults. What this stage of learning most crucially creates is not only the ability to acquire information, but also to use it flexibly – the basis of independent cognition.

If learning is erroneously viewed from the very beginning as the high speed absorption of material in order to perform on a test, this creates a fundamental mismatch to the way in which the human mind actually works. Human beings need time to absorb ideas, and to apply them in many different ways. It is important to give them the latitude to do this in some ways that succeed and in some ways that don’t. The younger the child, the more crucial this process becomes, due to the level of development of the underpinning knowledge base (the amount of suitable ‘hangers’ in the metaphorical ‘wardrobe’).

The PISA tests are constructed so that respondents cannot rely on the ability to regurgitate facts and figures; the respondent has to be able to use the knowledge that they have in a flexible fashion to apply it to a real-life example. Hence, a key reason why our children do poorly is that they have not been given enough time to develop the socio-cognitive skills required to apply knowledge in a flexible fashion. There are similar problems in other education systems in the UK which also make too early a start to formal teaching.

We can expect PISA results to get even worse in the future. The young people who took the PISA tests in 2015 went through their early years education before Michael Gove introduced his ‘accelerated curriculum’ – before teachers were pressured to drive children through a ‘too much, too soon’ teaching and learning process, inevitably based largely in highly pressurised rote learning. Not surprisingly, many are now quitting the teaching profession in order to protect their own mental health. This issue of both attracting and retaining teachers in England was raised in the 2016 PISA report. 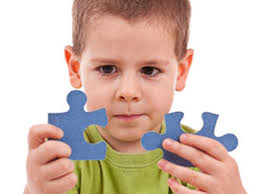 So what of the education systems that did well on PISA 2016? The vast majority have school starting ages of six or seven. The two that start at five have a play-based early years curriculum, Aistear in Ireland and Ti Whariki in New Zealand. Finland, a reliable high performer for over a decade, has a school starting age of seven, a highly practical and applied manner of approaching teaching and learning, and no standardised testing system. England by comparison, has an average school starting age of four-and-a-half with some children starting school when they are barely four (although the age it supplies to PISA is five). It also applies standard assessment strategies to early years education from the very beginning.

In 2009, then Secretary of State for Education Ed Balls informed the nation’s parents ‘the sooner children start school, the sooner they close the gap on their peers’, while in 2014, the then Chief Inspector of OFSTED proposed that children should start school at two. Neither took any advice from those with expertise in human development before making such pronouncements to the national press.

We still just have time to mute the effects of Gove’s ‘accelerated curriculum’ if we act quickly. If we do not, the PISA results of the 2020s will make even more painful reading for all involved in education in England.

This entry was posted in Accountability and tagged accountability pressures, creativity, early education. Bookmark the permalink.