Time to bin the Phonics Check

Posted on December 14, 2017 by reclaimschools

The phonics check was supposedly set up as a ‘light-touch’ diagnostic tool. It is neither light nor diagnostic. It is another high-stakes test, used by Ofsted to judge schools, and it diagnoses nothing.

It is not diagnostic because it cannot identify any specific reasons why a child is having difficulties. It doesn’t judge reading in any meaningful sense, i.e. reading with understanding. All it does is identify whether children can read aloud a limited set of regularly spelt words or pseudowords.

It does not check whether children can recognise non-phonic words – words which are very common in English, such as the, is, was, though, any, said, come. You can hardly form a sentence in English without such words.

It carefully avoids graphemes which can be pronounced various ways, eg ou in soup, out, could and soul.

Even among regular correspondences of spelling to sound, this is a flawed test. There are 85 ‘grapheme-phoneme correspondences’ but just 15 very basic ones make up two thirds of the phonics test:

27 of the 85 didn’t appear at all in the test’s first three years, including these very common examples:

It is well established that there is a sizeable gap between phonic decoding and real reading. This has been clear since the famous Clackmannanshire synthetic phonics experiment which showed a great impact for pronouncing words but very little for reading comprehension.

The phonics check pass rate has risen dramatically, yet the proportion passing KS1 reading (i.e. comprehension) tests (Y2) is almost static. Despite this, schools minister Nick Gibb keeps telling us that “thousands more children [are] on track to become fluent readers” – just because they have passed his phonics check(Y1) .

The PIRLS international reading test has confirmed that yet again. 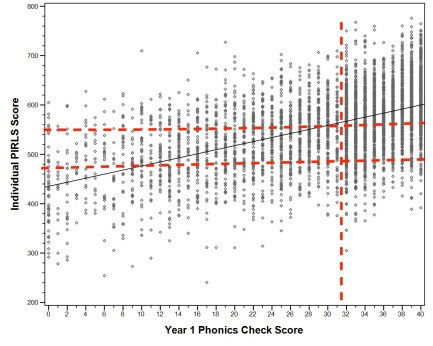 Figure 4.6 from the PIRLS National Report for England

The bottom right rectangle shows that many children pass the phonics test in Y1 but are poor readers at age 10 (i.e. below lower red line).

The top left rectangle shows that many children fail the phonics test in Y1 but are good readers at age 10 (i.e. above upper red line).

The rectangle to the left of the vertical line and below the upper horizontal line shows that the majority of Y1 ‘phonics-failures’ are reading competently or well at age 10. Perhaps the most disturbing thing about all this is that children could be stigmatised and demoralised on the basis of being declared a phonics-failure in Year 1.

The report concludes that there is only a ‘moderate‘ statistical correlation of 0.52 between Y1 phonics check and PIRLS. (Because of the statistical formula, this figure has to be squared to 0.27. In other words, only a quarter of PIRLS achievement can be “explained” by a child’s phonics check score.)

This entry was posted in Uncategorized. Bookmark the permalink.