Academies and local authorities: what a Labour government should do

We know that the policy of academies been a disaster for education. The question is what should be done about them? Angela Rayner’s speech at Labour Party Conference in September was mainly about academies. She listed a number of ‘interim measures’ that a new Labour government would take. They include no new free schools, and local authorities to be responsible for admissions and able to open new schools.

That begs the question what will happen to academies after the ‘interim measures’? In her Conference speech Rayner said ‘we will use our time in government to bring all publicly funded schools back into the mainstream public sector, with a common rulebook and under local democratic control’. But she didn’t explain what she meant by ‘the mainstream public sector’, ‘a common rulebook’ and ‘under local democratic control’. You might think it means that schools would all be integrated into the local authority maintained schools system. In fact she made no mention of the future role of local authorities.

In the longer term, bring all schools under a ‘common rulebook’, set by statute, so that schools are all treated in the same way legally, with consistent regulation. This will, over time, end the legal distinction between different types of schools and simply leave “schools”, without the excessive fragmentation, in a unified system;

This certainly seems to imply the abolition of academy status and with it the powers of academy trustees, though it doesn’t specify how long the ‘longer term’ might be: by the end of a Labour government’s first term of office? But it still doesn’t say what this ‘unified system’ would be. 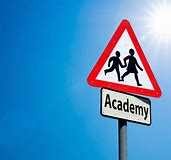 I was at a national SEA meeting on 9 March this year at which Angela Rayner was an invited speaker. She was questioned about whether academies would be reintegrated into a revived local authority system. Her answer was that she hadn’t decided. She said she was ‘not certain education should be part of local authorities’.

But what could be the alternative? Would the National Education Service be a separate single issue organisation like the NHS, comprising at the local level the local school system, pre-school provision, and post-school provision including FE and workplace learning? If so, there would be two major problems.

The first is that it would cut education off from the rest of local government services – especially children’s and young people’s health and social care but also areas such as youth services, culture and sport, and economic development – when they really need to be working closely together. We can see today the huge problems of collaboration between the NHS and local authority services, especially social care. The obstacles would be even worse if the local boundaries of the NES didn’t coincide with local authorities.

In my view the NES should be integrated into the overall local government framework. The local authority would be responsible at the local level not only for the local school system but also for pre-school provision and post-school provision, including relations with FE, HE and workplace learning. That requires coordination, support and development, and only elected local government could have the democratic legitimacy, power and authority to play that role – developing a vision and policies, in partnership with all the stakeholders and partners in the local system, that best meet the needs of local citizens.

It means a Labour government has to reverse the savage cuts that local government has suffered in recent years. But it also means rethinking what we mean by local democratic accountability. Too often it means little more than electing councillors every few years. Beyond that there is little public participation in local government policy-making. It is a problem that the Labour Party has scarcely begun to address.

What is needed is a radical reform of the current local authority structure to open it up to democratic participation by the users of services and the workers who provide them, in line with the principle of the recent Labour Party consultation paper ‘Democratic Public Ownership’. We are not talking about simply going back to the past, but about creating a new vision, a new model of local government combining representative and participatory democracy.

In the case of education, we recognise that principle of participation at school level. Governing bodies have representatives of teachers, parents and the community. We need to enable the same participation at the level of the local authority by creating education committees with professional and public representatives with an advisory role, by opening up education scrutiny committees in the same way, and by supporting the creation of education forums to enable people to come together, share experiences and ideas, and then put them forward to the local authority. These democratic reforms could be put into practice today, even under this Tory government, by a Labour Council with the political will.

For an excellent summary of what Labour’s policy on local authorities in education should be, see the Socialist Education Association’s new statement