Posted on December 1, 2019 by reclaimschools

Britain is one of the richest countries in the world, but with scandalous levels of poverty. Child poverty has grown massively since the Conservative-led government took over in 2010, and is set to increase even more.

According to the Child Poverty Action Group and the Joseph Rowntree Foundation, 4.1 million children are in poverty – 500,000 more than five years ago – and expected to grow to 5.2 million by 2022. One in four children living in two-parent families are affected, and nearly a half of children in single parent families.

An even more desperate situation is described as ‘destitution’, for example sleeping rough, having less than two meals a day, or no heating or lighting. 365,000 children experienced destitution at some point during 2017, many because of government benefit policies such as Universal Credit. 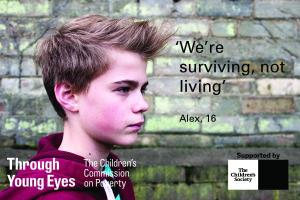 Child poverty has a devastating effect on children’s happiness and security, and also their education. Students on Free School Meals in their GCSE year had an average Achievement 8 scores of 34, compared with 48 for other students (2018 data).

22% of students on free meals got the higher grades in English and Maths (grades 9-5 in the new system), compared with 46% of other students. Students who have been poor for most of their time at school are, on average, two years behind.

Since 2010, economic divisions in Britain have increased: while child poverty has increased, the superrich have got even richer. In 2014 the Sunday Times actually boasted that the 1000 richest people in Britain – those on its Rich List – had doubled their wealth in just five years of ‘Austerity’ government.

No wonder Conservative ministers prefer to focus on the achievement gap rather than the economic one. After all, blaming teachers is easier than accepting their own responsibility for poverty. 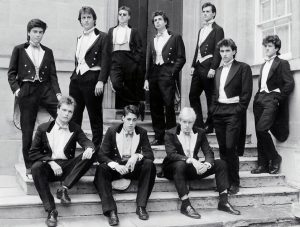 Government statisticians have invented a new formula which supposedly shows its policies are reducing the achievement gap. Far from it. Research by the Education Policy Institute shows it would take 560 years to close the gap. Indeed, the latest data shows it is getting wider.

Conservatives prefer referring to ‘social mobility’ than social justice. This is another diversion. It’s like trying to climb up a slippery ladder in a thunderstorm. Even if a few more children from Hartlepool could get into Oxford, this will do nothing to tackle poverty and its effects. We need to build a society in which all can flourish. That is why there has to be a change of government.